over 6 years ago by Andrew McPherson / Back to all blogs

According to Dun & Bradstreet, invoice payment times are at an eight-year low. However, there is still room for improvement.

Payment times have reached a milestone in Australia.

Enterprise decision makers understand the value of a paid invoice. If business leaders want growth and expansion in the near future, they need to keep a close eye on late payments and make sound financial choices.

As such, accounting and finance professionals should be interested in Dun & Bradstreet's latest Trade Payments Analysis. According to the report, invoice payment times are at an eight-year low with Q2 figures placing the average duration at 49.2 days. This is more than a day quicker than in the previous quarter and a significant four days faster than in the same period last year.

While it is unclear why such improvements have occurred, it is clear that business leaders are taking a tougher stance on late debtors and making arrangements to collect its revenue more swiftly.

However, not all businesses are having such luck.

A total of 21 per cent of businesses report average payment times between 31 and 60 days, while 5 per cent see invoices cleared between 61 and 90 days. The real concerning statistics come from the 5 per cent of enterprises that report payment times of greater than 91 days. This can have a serious impact on investment and growth. Companies should take steps to rectify this situation.

While Tasmania is the smallest of Australia's states and territories, Dun & Bradstreet reported it has the fastest average payment time in the country (42.1 days). The Apple Isle was over a week quicker than mainland states ACT (51.3 days) and NSW (51.4 days).

Business spending on the riseThe Commonwealth Bank's Business Sales Indicator (BSI) noted that economy-wide spending is up 0.2 per cent. Chief Economist Craig James cited this as a major positive for enterprises moving forward.

"While the initial boost in business spending following the last Federal budget has tapered off, annual growth figures show that economy-wide spending remains above the decade average," he said.

For businesses that are struggling with late payments, the prospect of more invoices to deal with highlights the importance of having quality accounting and finance professionals. By recruiting individuals with the skills and knowledge to optimise your cash flow, it will be easier to track debtors and ensure growth is sustainable over time. 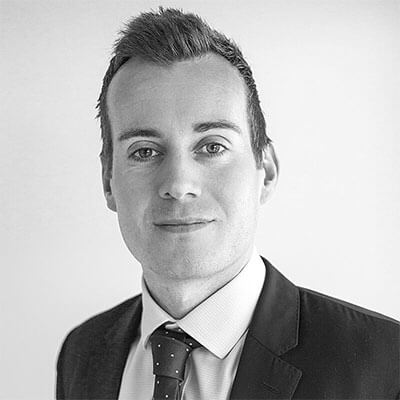 ​​Andrew McPherson swapped his tracksuit for a suit and career in recruitment and has not turned back since. His 15 years in Sydney has been focused on connecting high calibre accounting and finance professionals with Australia's leading employers. That is, when he isn't exercising or run ragged by his young daughter. Connect with Andrew.

At EBC, we've built a culture of autonomy and freedom where smart, passionate and entrepreneurial people who aspire to the exceptional can truly thrive. If you're a high-performer looking for a space to contribute and belong, come on over and let's chat.